Securing your network for IoT devices

I've been meaning to this for a while but never had time but now that I'm isolated I have all the time in the world.

Before I put out the steps I took to segregate my network I'll provide a list of the devices I am currently using and the software versions.

My network is driven by following devices:

I have several connected clients (devices) at any one time, most of which are IoT devices, because of security concerns I want to place all of these devices on a separate network where I'll apply firewall rules which will control the network access.

I currently have the following network setup: 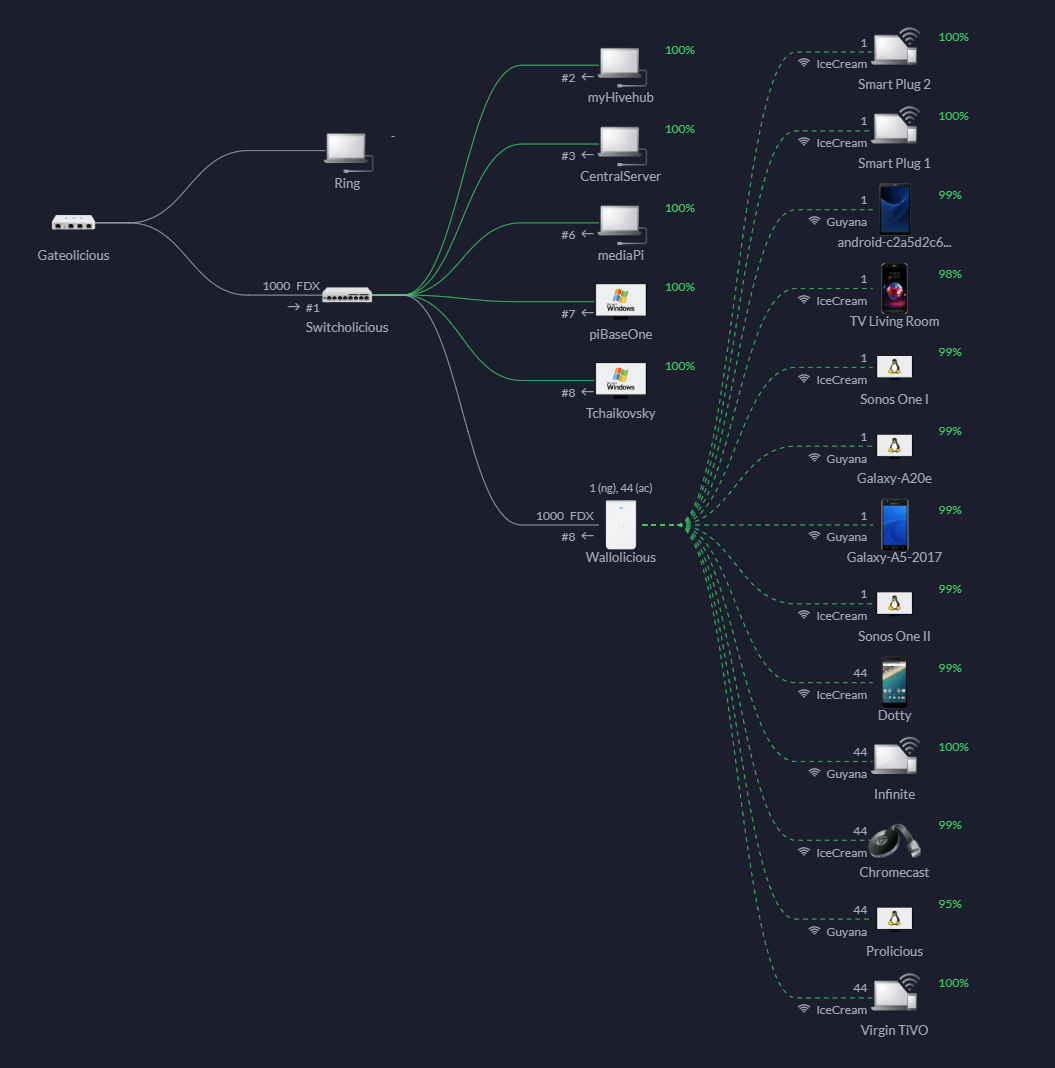 These instructions are specific to Unifi however the general principal should be applicable to other technologies. The main features that your network needs are: the ability to support virtual networks and the ability to configure firewall settings. 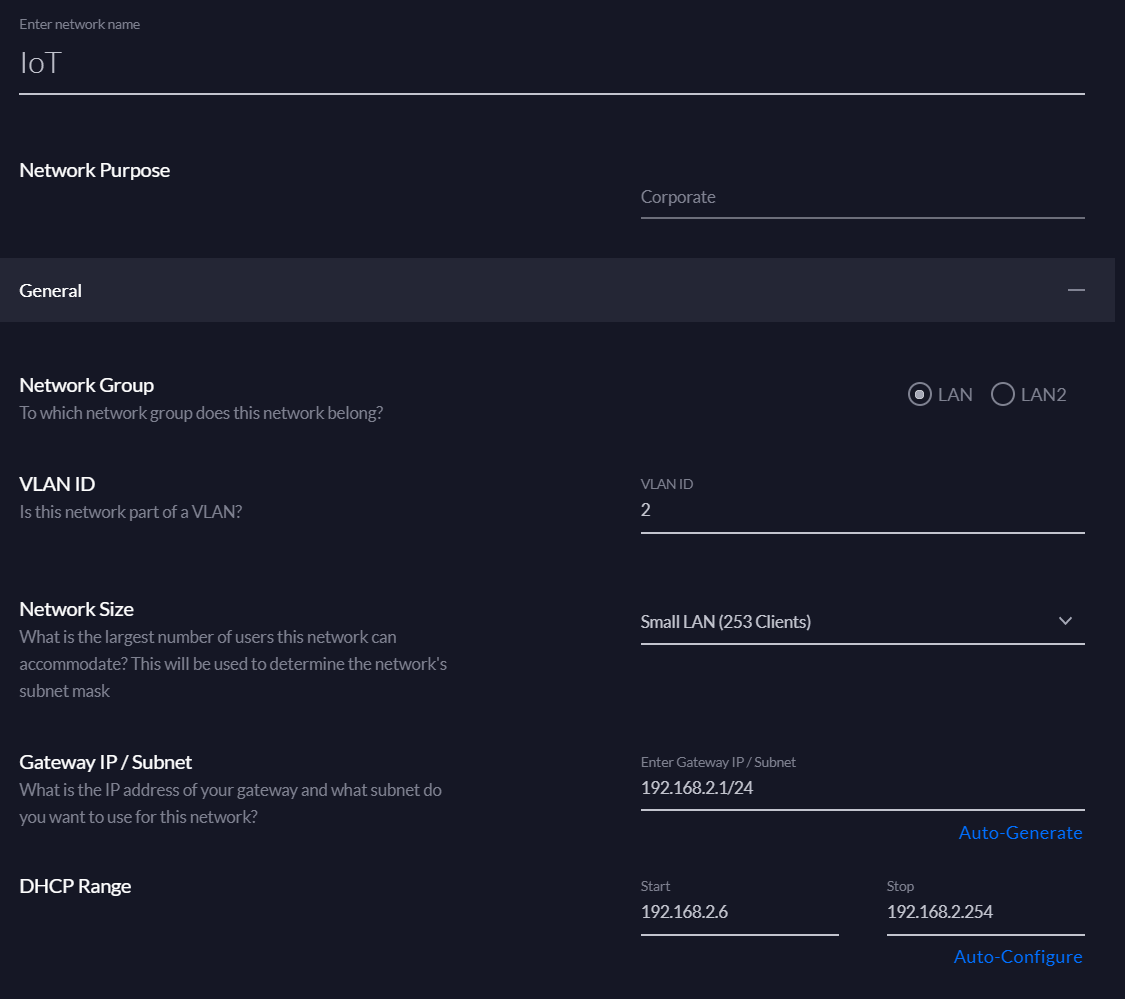 You should now have a minimum of two local networks

Once the network has been created I then went on to create the wireless network. This wireless network will be assigned an SSID which will be exclusively used for IoT devices.

Make sure you've established that you can connect to the internet on the new network because the following steps will affect what the new IoT network can do.

Firstly we will create some groups which will act as containers for some of the IPs and ports we want to apply our rules to.

Under Internet Security go to Firewall > Groups and create a new group, give it a meaningful name, e.g. LAN Group and add the following IPs:

Set the Type to IPv4 Address/Subnet. Save this group.

Next we'll create the firewall rules which will control traffic over the local network.

The first rule will allow all local network traffic into the IoT network. Now we'll create the first rule. Go to Internet Security > Firewall. Click Create New Rule and use the following settings:

The next rule will allow traffic from the IoT network to communicate with the DNS server. Like a mentioned earlier I used the PiHole DNS sink server.

The above firewall rules should have been added in the LAN group.

After all of the rules were in place I then restarted my USG. This removes all of the known states for all of the current connections and forces new ones to be established.